Home » Blog » Why The ‘Influencer Hating’ Ice-Cream Truck Owner Resonated So Well With The Public
August 9, 2019 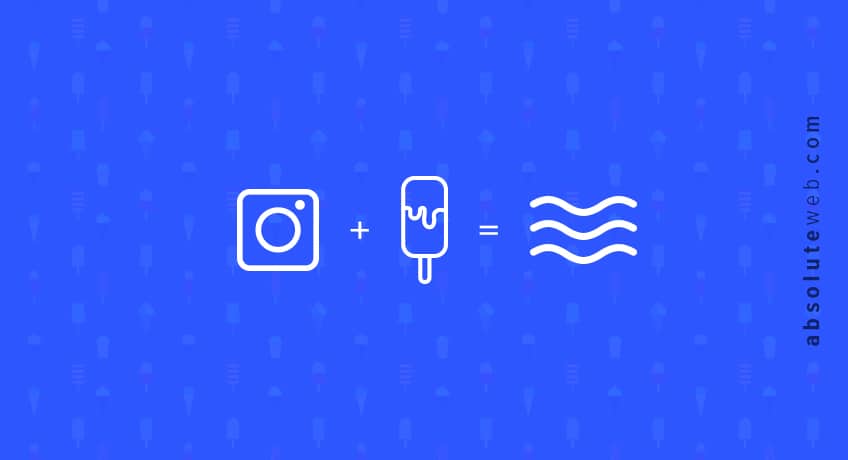 You may have heard about the influencer hating ice cream truck owner, Joe Nicchi. If you haven’t, here’s a brief overview:

Brand
A brand e-mails CVT Soft Serve with the classic, “we love your food truck,” “you’re a perfect fit with our brand”, “collabing with us is a fantastic way to reach new audiences and gain exposure for CVT Soft Serve.”

“If they think your truck is a perfect fit with their “brand,” they clearly don’t follow you guys on Instagram 😂😂😂” –@mindlessentertainment

“👏👏👏 “influencer” marketing is a cancer” –@panjelley

“Lol the people with the most want to pay the least. Respect to those that use their own money, but most seem like the Biggest panhandlers of all time. 🧐” –@cokia

Just so we’re on the same page, here are some quick definitions from our trusty friend, Wikipedia:

“Call-out Culture” is a form of public shaming that aims to hold individuals and groups accountable by calling attention to behavior that is perceived to be problematic, usually on social media.

“Cancel Culture” describes a form of boycott in which someone (usually a celebrity) who has shared a questionable or unpopular opinion on social media is “canceled.”

With the rising popularity of “call-outs” and “canceling” on social media and sometimes IRL, Joe Nicchi’s response to the brand’s exposure exchange request was entirely “call-out” relevant. And his caption is arguably even more relevant.

“If it’s public knowledge that anyone can purchase followers and ‘likes,’ then why does an “influencer” hold weight? Let’s make hard work ‘huge right now.’ Let’s make not asking people to work for free ‘’huge right now.’ We are not impressed or influenced by your ‘following’…you probably bought them.”

If it’s public knowledge that anyone can purchase followers and likes, then why does an “influencer” hold weight? Let’s make hard work “huge right now.” Let’s make not asking people to work for free “huge right now.” We are not impressed or influenced by your “following”…you probably bought them.

Interested in more call-outs? Here are some of our favorite accounts that specialize in them:

What do all of these have in common? Ding, ding, ding… Influencers. But, these influencers are actually on their way out. Why? People are pretty tired of the over-filtered, unrealistic, and unrelatable lifestyles that are portrayed by these social media “stars.” There’s a new wave of influencers inundating our social media feeds and they are quite literally the exact opposite of our original Influencers. So different, in fact, that they probably wouldn’t even like being called “influencers.” Yeah, that’s right, they don’t have “Influencer” in their bio. But, here’s what they do have…

Me trying to get my crush’s attention

People are tired of scrolling past the same staged, superficial and over-edited images. They see right through them and want no part of the inauthentic messages they represent. What consumers really want to see are the messy, unfiltered moments. They want relatable content that feels genuine, raw, and real. They want deep, human stories that resonate and inspire them to look beyond the filters.

Nicchi’s approach is honest and lacks any sort of BS. In an interview with TimeOut, he said, ”I’m a dad. I have a wife and kids, I love doing this, but it’s a business. I need to make money.” Though influencer marketing can be and has proven to be powerful, the current energy in social media culture is this: Take advantage of no one, assume nothing, and if you’re an influencer, you must know the brand’s values and vibes before you ask to collaborate (or else a screenshot of your email may go viral).

Regarding influencers, Nicchi goes on to say, “I’m honestly embarrassed for them. They let me know how many followers they have within 30 seconds of meeting them… I don’t trust their following because I know you or I can purchase followers and likes. It makes no sense.” Hopefully, at this point, everyone knows that you can buy followers and “likes.” And when you do, it’s bad and translates to low engagement, fake accounts, and the opposite of what real followers bring to the table.

The Drum tells us that only 4 percent of people trust what influencers say online. Not only that, but according to a report published by analytics company influencerDB, the engagement rate for sponsored posts has dropped from 4 to 2.9 percent.. Stats like this may explain why there has been a shift toward micro and nano influencers. Yes, they are still influencers, but they have a much smaller and more engaged following. They bring back the authenticity that is no longer felt with some of today’s mainstream influencers. Consumers believe what they have to say because they don’t pretend to be something they are not. They represent brands that align with their values and “call out” the ones that act with injustice. They represent the “new wave” of influencers and a new era of influencer marketing.

To further back this idea, brands are also starting to see the value in working with these smaller micro-influencers. According to the same InfluencerDB report mentioned above, influencers with fewer followers have better engagement rates. Those with approximately 1,000-5,000 followers have a rate of about 8.8 percent, compared to a rate of 6.3 percent for influencers with about 5,000-10,000 followers. In addition to higher engagement rates, brands are finally recognizing that they are able to get a lot more out of their marketing budget by partnering with smaller influencers who actually represent their values as a company rather than one macro influencer who may have already lost their credibility.

All this to say, our buddy, Joe Nicchi, went viral for a reason. His energy was something that the social world has been feeling for a while now. He said the right thing at the right time. He stood up for his business, he didn’t take the influencer “exposure” exchange, and he demanded honesty and fairness. Also, he makes really good ice cream. After this whole debacle, we could probably include Joe Nicchi in the “new wave” of influencers.