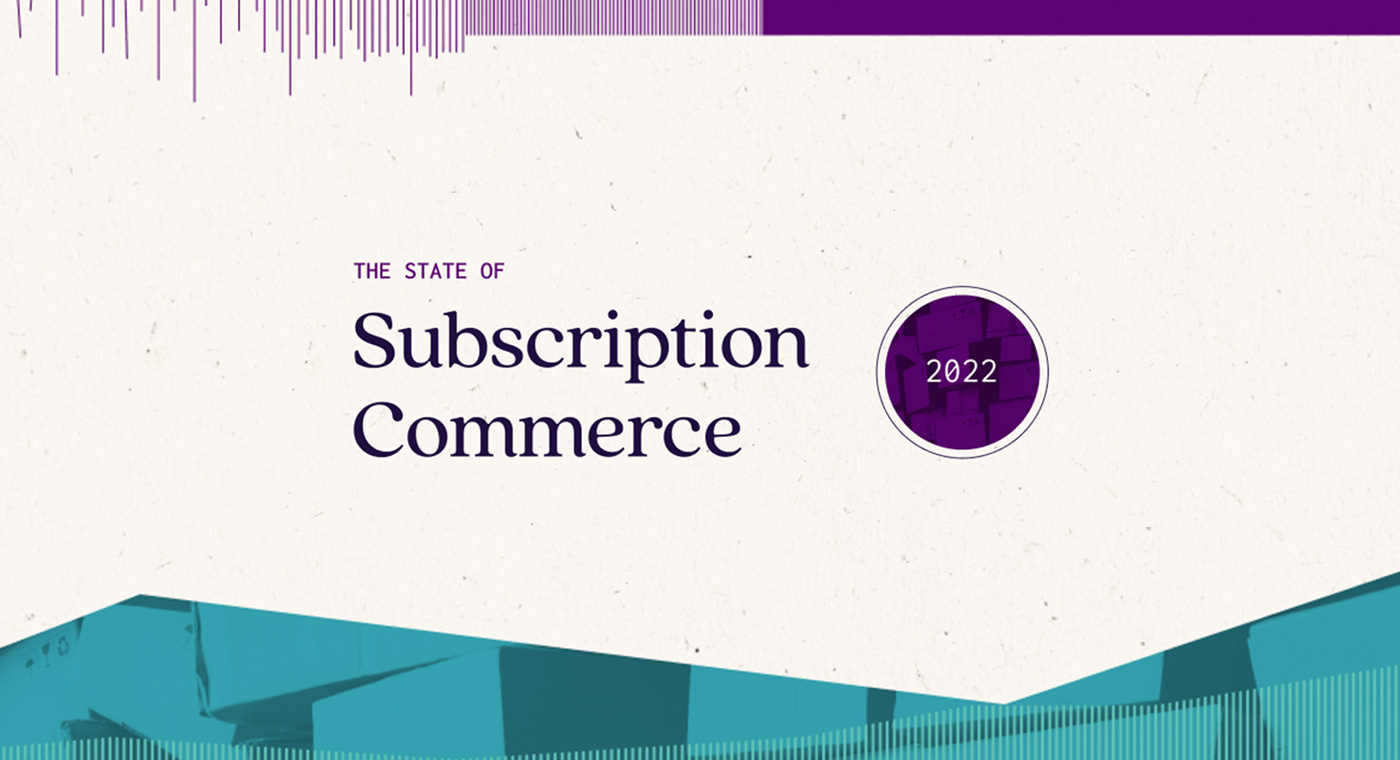 Announcing the 2022 State of Subscription Commerce report from Recharge

We are excited to bring you key learnings from this year’s State of Subscription Commerce report from Recharge, detailing key insights and takeaways from 2021.

As brick-and-mortar retailers began to open back up their doors and new challenges emerged like shipping delays, logistics issues, and cost inflation, they were curious what the impact would be on online merchants. Would their growth stall or decline? Would the new shoppers cancel their orders in exchange for the experience of going back to the store?

What they found through their analysis of over 12 thousand merchants and over 25 million customers was that subscriptions offered both parties a new level of stability throughout 2021.

“Humans crave experiences that repeat—especially in uncertain times. In this way, subscriptions can provide immense stability for both businesses and consumers.”
– The 2022 State of Subscription Commerce report

The 2022 State of Subscription Commerce report

Here’s a brief synopsis of our findings in this year’s report. For the full analysis and key takeaways, download the full report.

2021’s impact on the verticals within subscription commerce

Across all verticals, subscription merchants grew their overall customer base by an average of 31% year-over-year. Compounding that average growth in customer base was the growth across every vertical on an average monthly basis.

These continued additions of new customers in 2021 further illustrated that subscriptions are here to stay, and have become a regular part of the shopping experience for consumers.

When reviewing retention rates for subscription merchants—both across verticals as well as segmented by annual GMV range—it was discovered that after a 12-month period, up to 42% of subscribers stayed on with merchants.

Compounded month over month, subscription merchants are in a much better position than their non-subscription counterparts. According to Mixpanel’s Product Benchmarks Report, the average ecommerce monthly user retention rate is just 1%.

As new merchants enter the subscription ecosystem, their average active subscriber counts after one year are quite impressive, further illustrating that consumers are in a prime position to invest in subscription offerings.

As merchants gain more experience in the subscription world, they often build a more optimized tech stack to further support subscribers. In doing so, they see higher rates of new subscriber growth.

An analysis of merchant cohorts by GMV

A new addition to this year’s report was the cross-section of data by five cohorts. The merchant pool was split into five distinct categories, using their annual GMV to focus on key trends for each group.

The more GMV, the more integrations

Perhaps one of the most illuminating findings was in the top cohort’s use of integrations to build their tech stack. As GMV increased, so did their usage of categorical third-party applications, such as email marketing, SMS, analytics, and sales and conversion tools.

Higher GMV did not translate to higher AOV & LTV

It would be easy to assume the highest GMV merchants also had the highest AOV and LTV, when in fact, the opposite was true. Some cohorts with much lower GMV saw higher levels of AOV and LTV, due in large part to engaged and active subscribers.

As with the analysis of last year’s report, they found that customers took advantage of merchants offering flexible options like skipping a shipment, swapping products, or adding on one-time products to their order.

Across all cohorts, consumers purchased 28 million one-time products, skipped a shipment over 12 million times, and swapped products over 7 million times. The most engaged customers took those actions on average 3 times throughout the course of the year.

It’s never too early to start thinking about retention

In studying retention across cohorts, one theme continued to stand out for all: Retention should be on your mind from the moment a customer signs on with you. After 1 month of sign-on, the majority of customers are still customers: Over 80%, to be exact. Within the first 4 months, that stat drops close to between 50–60%.

The takeaway? Engage with your customers early and regularly to increase the “sticky factor.” Keeping them engaged early with their subscriptions can help amplify your retention numbers as the months progress.

Continuous optimization around subscriptions only further amplifies the stabilizing effect that they play on your ecommerce business. The 2022 State of Subscription Commerce Report showcases the opportunities subscription merchants continue to have with their customers and provides key insights on how to capitalize on a fast-changing market.